Kerri first started weaving when she was eight years old, and has been creating pieces since 1991. She is the daughter of Kwakwaka’wakw artist, Beau Dick, and Haida artist, Sherri Dick. Kerri combines elements of carving, weaving, and beading in her artwork. She is influenced by the works of her teachers Primrose Adams, Willie White, Donna Cranmer, and April Churchill. While Kerri is well-known for her cedar bark and spruce root weaving, she also weaves wool Raven’s Tail pieces. She began learning Chilkat weaving in 2008. Currently, she has pieces within the permanent collections of the U’mista Cultural Centre, UBC’s Museum of Anthropology, and the Museum of Northern British Columbia. 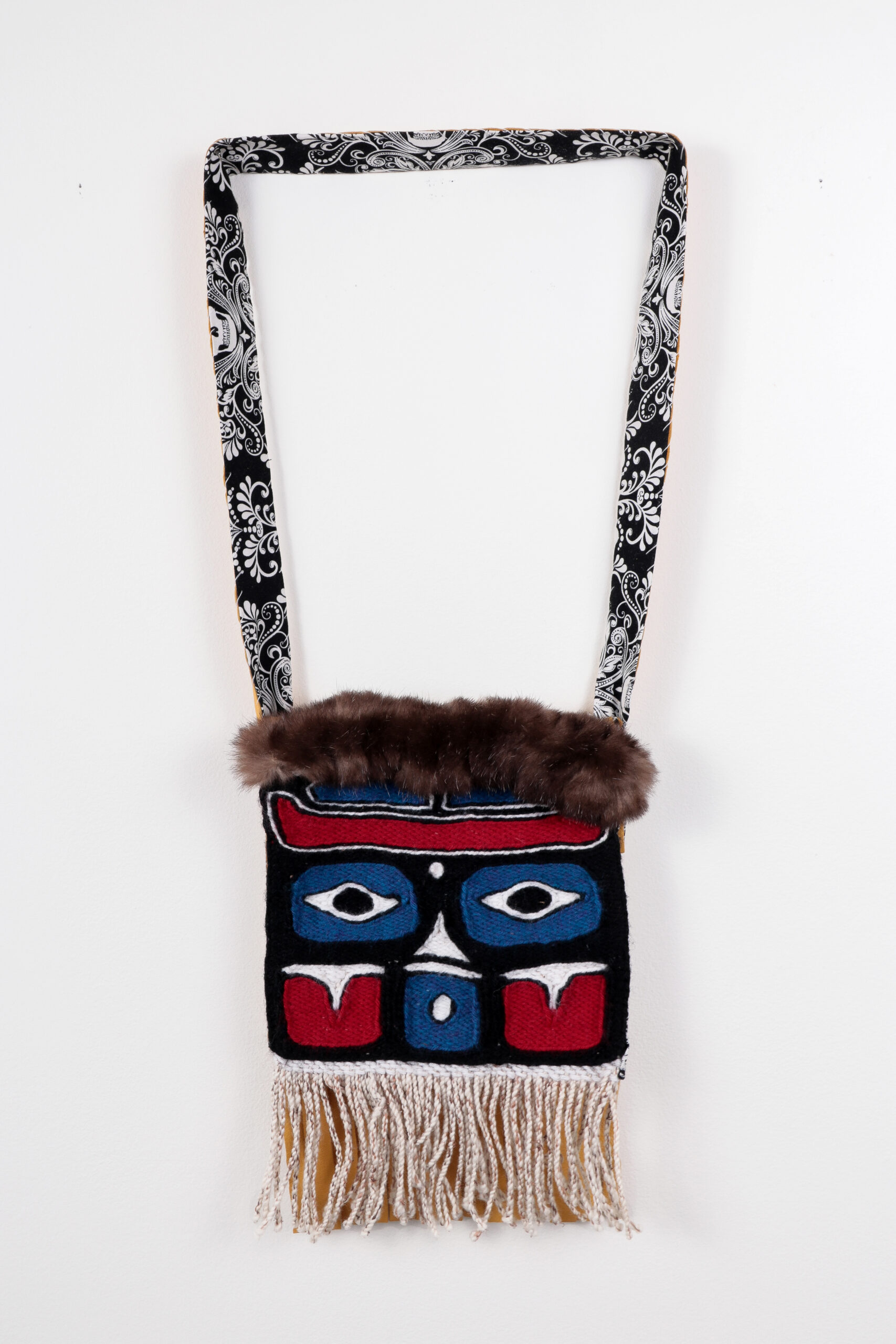 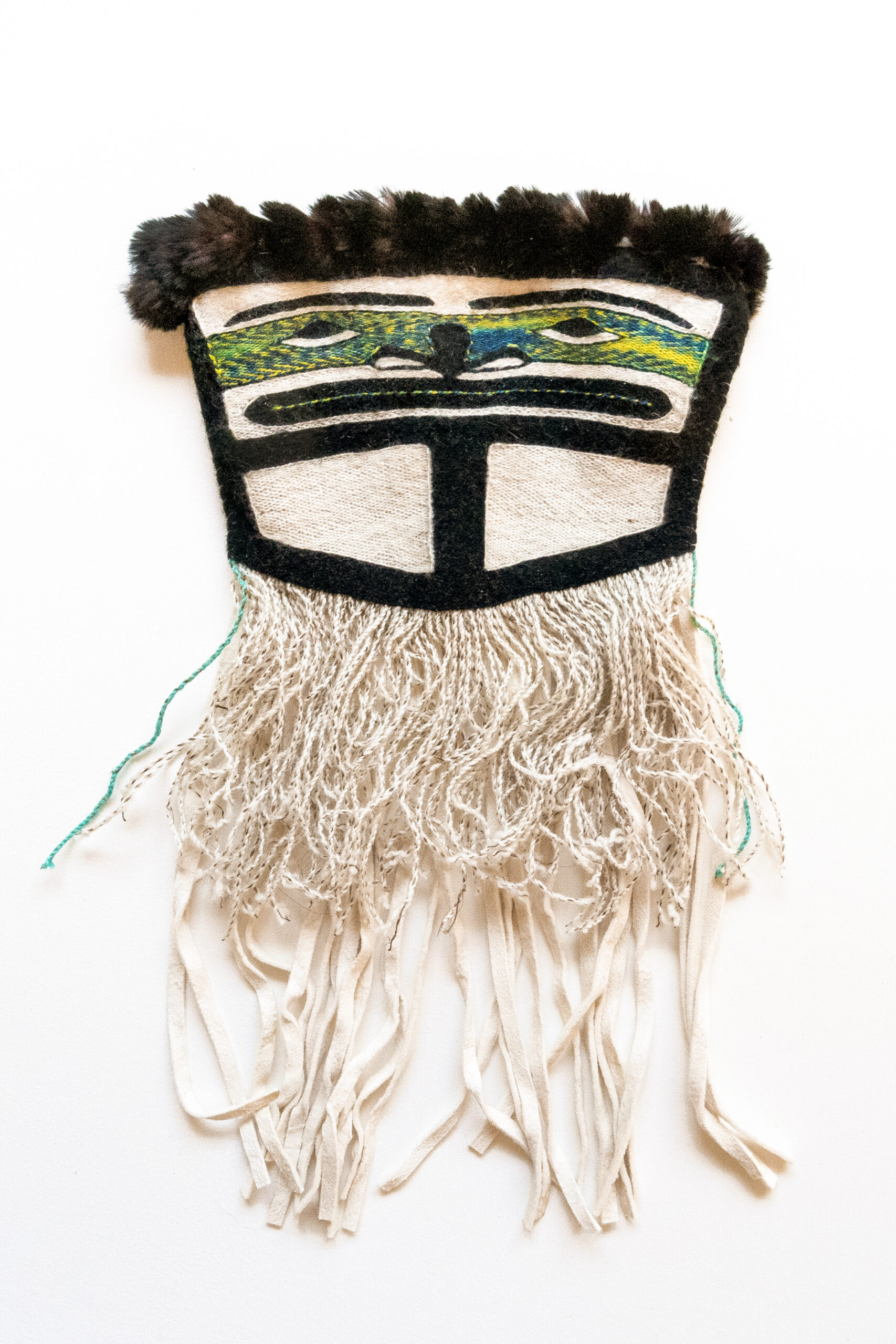 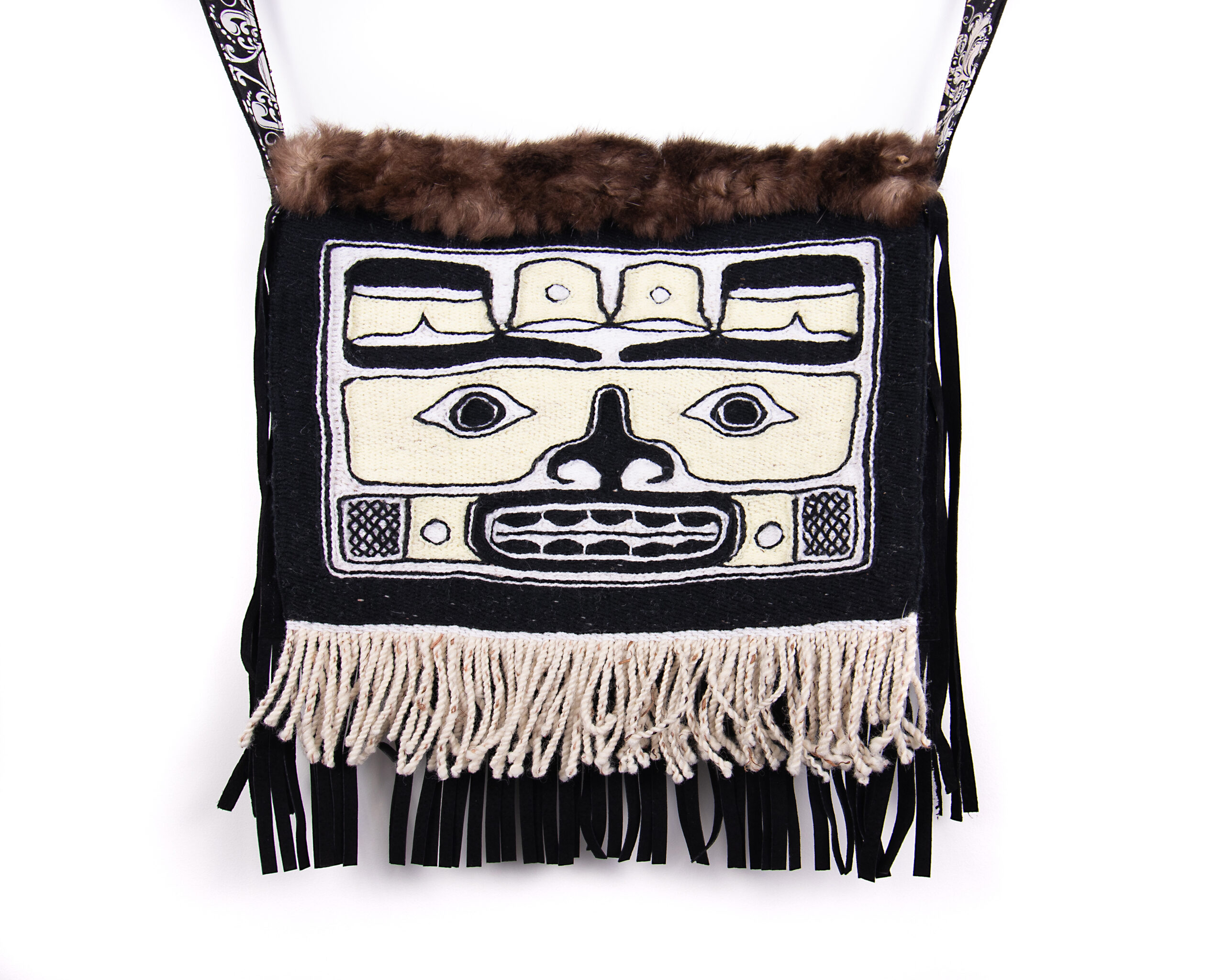