Kwakwaka’wakw artist Lloyd Wadhams Sr. grew up in Alert Bay and had his early training from Chief Henry Speck who was an important influence during his youth. He attended St. Michael’s School in Alert Bay, but left school at 13 to take up carving. For the next eleven years he worked as a fisherman, and carved in the off season. His first major carving was an 8-foot pole carved for the Lieutenant Governor in 1957. In 1965 he moved to Vancouver to seriously work on tourist art and found it unprofitable. In 1967 Lloyd Wadhams carved four totem poles for the “Columbian” newspaper, which were presented to the citizens of New Westminister, Burnaby, Coquitlam and Surrey to honour Canada’s centenary. An accomplished carver, Wadhams’ paintings have a distinct bold, graphic style. During the 1960’s he was associated with Doug Cranmer’s Vancouver shop “The Talking Stick”. 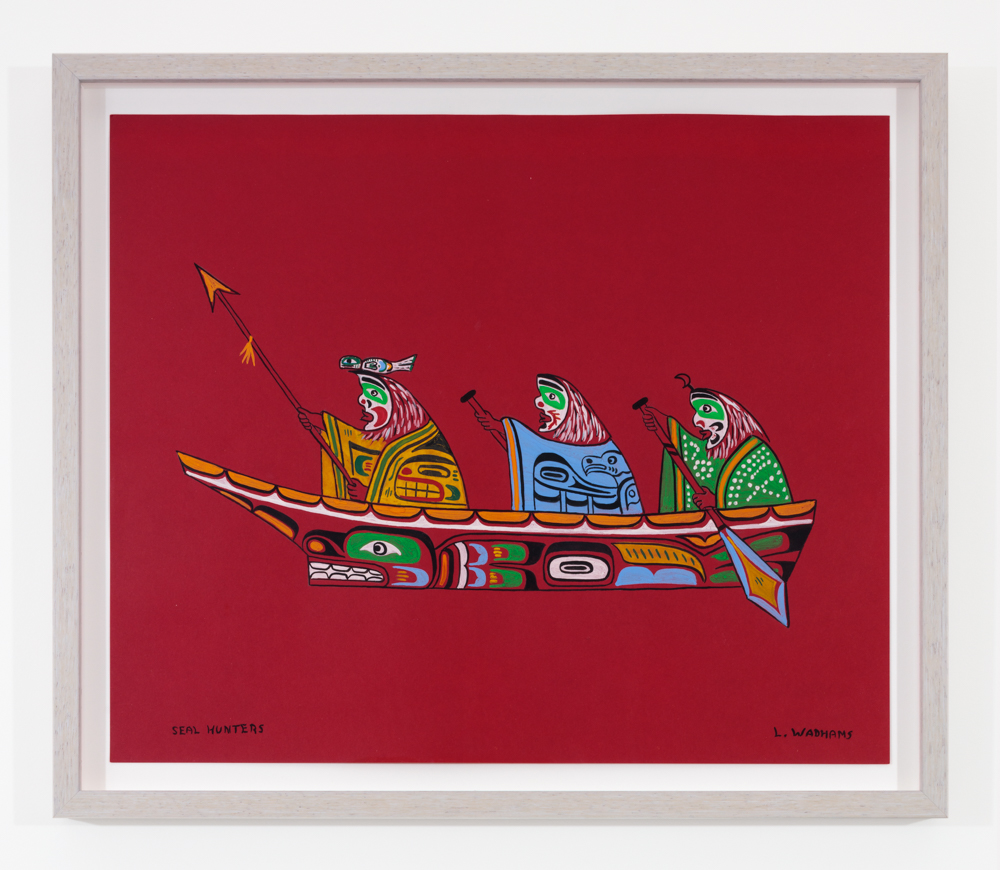 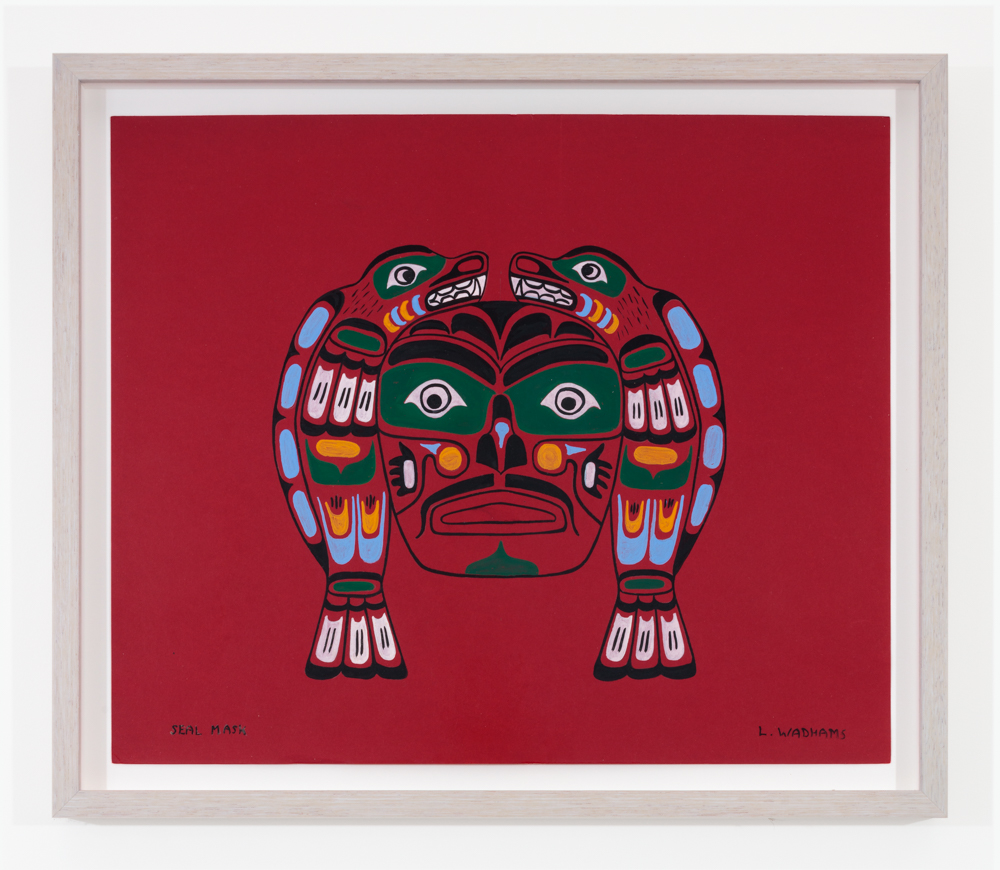